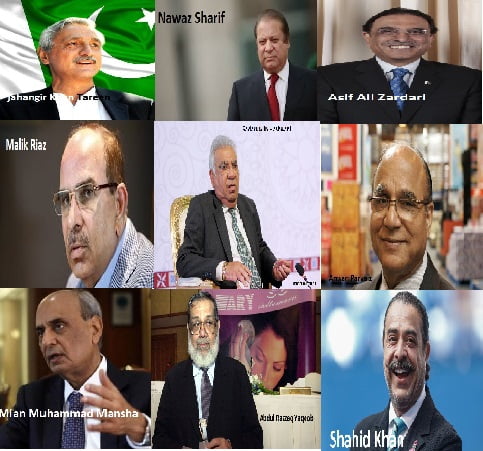 There are many rich people in Pakistan their names are Shahid Khan, Asif Ali Zardari, Anwar Pervaiz, Nawaz Sharif, Sadruddin Hashwani, Malik Riaz, Mian Muhammad Mansha, Chaudry Family, Nasir Schon, Rafiq Habibi, Dewan Mushtaq, Sultan Ali Lakhani. All these are Pakistani and Billionaires in Pakistan. These people play a vital role in the economy of Pakistan. See below the detail of  Most Rich People in Pakistan. I have made a list of Top 10 Richest People in Pakistan 2022 for our users, which is time to time update according to the authentic source. 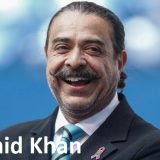 Shahid Khan Assets are worth $7.9 Billion and he is a Pakistani American Billionaire, borne on 18 July, 1950 in Lahore. He is a business man. Shahid Khan is the owner of Automobile parts manufacturer and invests or deals in different sports event i.e national football league, football league championship and all elite wrestling. He is the Number 01 rich person on Pakistan while 224th rich person in the world. khan has two children and have American Nationality. Read More. 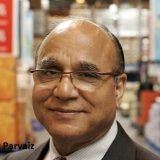 Bill Anwar Pervez Assets are worth $4.6 Billion. He is the Chairman of British Company Bestway. Bestway has various branches in Pakistan and England as well.  Bestway is the very common name knowing as Cement Product in Pakistan. Bestway has also major shares in United Bank of Pakistan. Bestway initially setup its first cement plant at Hattar, Khyber Pakhtunkhwa, Pakistan. Now it plants are operational in Hattar, Chakwal, and producing 6.0 Million Ton Cement Annually. Read More 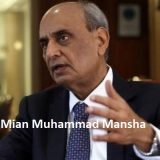 Mian Muhammad Mansha’s Assets are worth $2.7 Billion.  He is the CEO of Lahore Based Internation firm Nishat Group. Mian Muhammad Mansha is the largest taxpayer of Pakistan. His father worked in a Cotton related occupation, later it becomes the largest Pakistan fabric generated Mill as the Nishat Textile Mill. That is located at Lahore Road, Sheikhupura, Punjab, Pakistan. He Studied from Lahore, Faisalabad and London. He was presented with Sitara-e-Imtiaz by the Ex-President of Pakistan, General r Pervaiz Musharaf in 2004. We can say that Mansha’s Group are helping lot to built and strengthen the economy of Pakistan. Read More 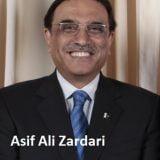 Asif Ali Zardari assets are worth $1.8 Billion. He is the co-Chairperson of Pakistan Largest Political Party “Pakistan People Party (PPP).  He was the Ex-President of Pakistan from 2008 to 2013 after the death of Benazir Bhutto from n/r General Election in Pakistan. He is currently the Member of the National Assembly of Pakistan since 08 August 2018. He was the husband of first Pakistani & Muslim World women Ex-Prime Minister, Benazir Bhutto. Asif Ali Zardari Father’s name is Hakim Ali Zardari who is the big landowner of Sindh, Province of Pakistan. Read More 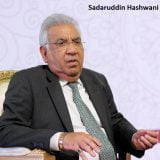 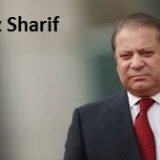 Mian Muhammad Nawaz Sharif’s assets are worth $1.6 Billion. Mian Muhammad Nawaz Sharif is a prominent name in the world as he remained a three-time Prime Minister of Pakistan. He also remained Chief Minister Of Punjab, Pakistan. He is a politician and Businessman as well. Sharif is the son of Mian Sharif who is the founder of Ittefaq FoundARY and Sharif Group. He studied from Government College, Lahore and University of Punjab, Lahore. He remained the president of the Pakistan Muslim League (N), a political party in Pakistan. 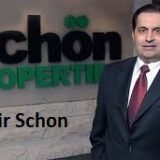 Nasir Schone’s assets are worth $ 1 Billion. He is the leading & successful businessman of Pakistan. His father’s name is Capt r Athar Schon Hussain who was the Ex-pilot of Pakistan national Airline Pakistan Internation Air (PIA). Nasir Schon is also the CEO of the Schone group. He also bought Six Cricket Team in Pakistan Super League (PSL) in the 2017 Multan Sultan. Read More. 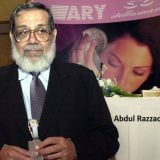 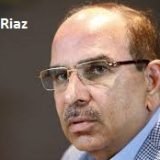 Malik Riaz’s assets are worth $ 01 Billion. He is also the biggest & successful businessman in Pakistan. He is the founder of biggest Real Estate Company “Bahria Town” Karachi. Later on, he made Bharia Town, Islamabad, Bahria Town, Lahore, Bahria Town, Quetta. Malik Riaz alo running free Food Points in Different Cities of Pakistan with the name of “Bahria DastarKhawan”.  He is also serving the food in different Hospitals in Pakistan.  He also paid Tawan to Tamil Baghi’s who kidnapped Pakistan in Ocean. Malik Riaz started his career as a clerk, later on, he worked in a construction company in Rawalpindi. Read More. 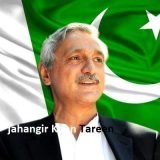