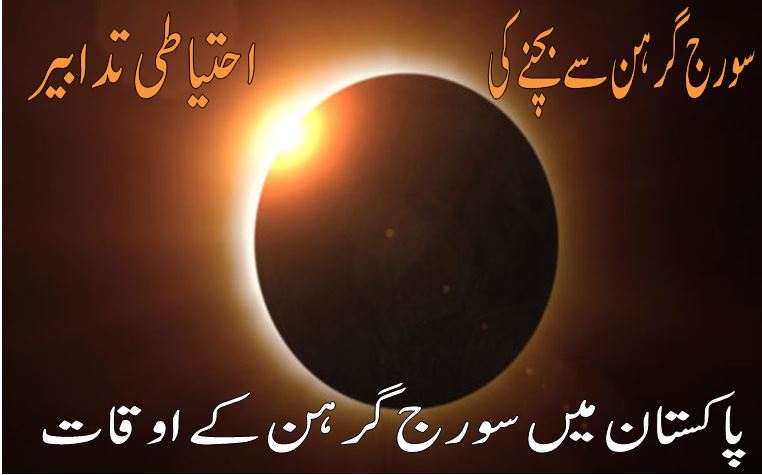 Sun, Moon and Earth are moving at their own circles. When Moon comes directly between the Earth and Sun the Solar Eclipse occurred. The Solar eclipse depends on how far the sun is from the earth and how near the moon from earth. Doctors and Scientists says that the Solar Eclipse should not be looked directly. Solar Eclipse can damage your eyesight. The Ultra violate rays are much stronger than normal sun rays during soraj grahan in Pakistan.

Solar Eclipse Side Effects on Pregnancy

Solar Eclipse effects on pregnancy are not been observed/ proven by the science. However effects of solar eclipse on pregnant woman can damage the baby during pregnancy. There are so many superstitious in different areas of the world. However in Religious Islam MUHAMMAD (PBUH) described that solar eclipse does not have any side effects on human life.

There are many superstitious for Solar Eclipse as