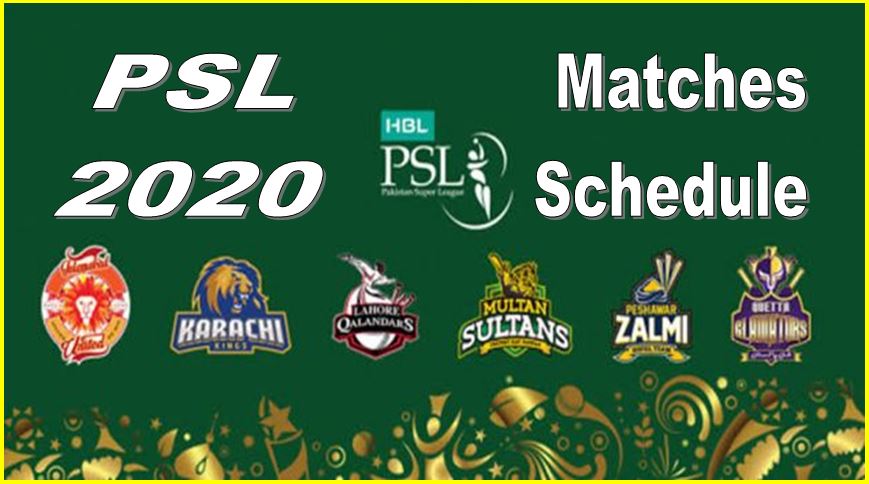 Pakistan Cricket Board (PCB) has announced HBL PSL 2020 Season 05 Matches Schedule. People can view and download all the PSL 2020 Matches Schedule which will be played amongst the 06 Teams named as Lahore Qalandars, Multan Sultans, Islamabad United, Peshawar Zalmi, Quetta Gladiators and Karachi Kings.

Matches will be played between the Six Teams as

How Many Matches will be Played

PSL Remaining Matches has been canceled

as the Lahore Qalandars reached the first time in Semi-Final after four years. and due to pandemic disease of Covid-19, all the remaining matches of PSL V Semi-Final between Lahore Qalandars vs Karachi and Multan Sultan vs Peshawar Zalmi has been canceled. PCB postponed the Semin Final and Final of PSL Season 5 till next suitable dates. 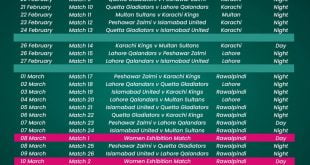