Kashmir Solidarity Day is being observed on 5 Feb each year since 1990 in Pakistan as a day of protest against Indian Occupied Kashmir (IHK). The disputed state is located north of India. 139,000 Sq Km (53,700 Sq Mi) with population of over 10 million (2001) Kashmir state is bounded to the west by Pakistan.

740 Km Line-of-Control separates it from Azad Kashmir and in the East by Ladakh, Tibet and Aksian China. The state is drained by numerous rivers which include Indus, Zanskar, Suru, Nubra Shyok, Jhelum, and Chinab. The valley is known as heaven on earth because of its scenic beauty, Chinar, Deodar and Alpine trees, grassy slopes full of flowers, fresh water lakes, waterfalls, crystal blue sky and snow covered high peaks and brave inhabitants of the valley.

Kashmiris are raising slogans of annexation with Pakistan since the day, when Hari Singh, Maharaja of Jammu & Kashmir against the wishes of locals announced its accession with India in October 1947. However, ‘Kashmir Movement’ basically started on the day when British have sold Kashmiris’ territory to Sikh ruler under a contract deed. However the moment which was started in 1931 against Dogra rule is still going on since Kashmiri still deprived of basic human rights.

Anyhow, on coming 05 February all Pakistani with their Kashmiris brothers will pay homage to martyrs and expresssolidarity with Kashmiri people who are still languishing under the yoke of Indian repression. On 26 January of this year Kashmiris all over the globe have also observed Indian Republic Day as “Black Day”.

Pakistani masses are determined to display unity and solidarity with Kashmiris and condemn Indian violation of Human rights in Kashmir too. It is evident that since 1989 to 15 October 2012, total killing of innocent individuals were 93,801, custodial killings in various camps and jails were 6,996. Overall 1, 20,392 individuals have been arrested, structural damaged have been done to the property was 1, 05,955. Moreover 22,764 women have been injured and suffered with severe injuries, 10,042 women have been gang raped or molested and over 1, 07,441 kids have become orphaned.

Notably, hundreds of serving Indian soldiers including senior officers are involved in widespread human rights abuses in Indian Held Kashmir, as reported by Daily Guardian reports. The article published in the United Kingdom’s leading daily gives reference to report by a team of veteran legal activists in the Himalayan state that names 500 alleged perpetrators ranging from low-ranking policemen to Indian army generals. The writer Jason Burke based in Delhi says the charges relate to incidents occurring throughout more than 20 years of violence pitting armed religious and freedom fighters groups against New Delhi’s rule in Held Kashmir and include shootings, abductions, torture and rapes.

Indeed, the issue of Jammu and Kashmir is the oldest unresolved issue on the agenda of the UNO. From January 1948 to May 1971, the organization has passed twenty seven resolutions and carried out many debates/discussions concerning Jammu and Kashmir. In this connection UN Security Council Resolutions number 91, 96 of 1951

and Resolution Number 98 of 1952 have very clearly stated plebiscite. In all of its resolutions, including resolutions of United Nations Commission for India and Pakistan (UNCIP), UN asked India for a fair and impartial plebiscite to decide the future status of Jammu and Kashmir as per the wishes of the its subjects.

Late Prime Minister Jawaharlal Nehru though initially agreed in 1948 and during Sino- India war of 1962 but declined to implement the UN resolutions and abiding by the promise of settling down the Kashmir issue with Pakistan after the war. Both the countries have fought four wars over the issue. In this regard, number of bilateral talks including Confidential Building Measures (CBMs) have been held on the issue but India always tried to sideline it whereas , contrary to it Pakistan have made serious efforts to crystallize the issue with a view to resolve the conflict under UN resolutions.

In this connection, at times Islamabad preferred to discuss others issues of CBMs, but New Delhi never ever shown encouraging reaction in relation to Kashmir problem. New Delhi has been stressing to strengthen the Confidence Building Measures (CBMs) with Islamabad to normalise the relations between two capitals, but she always shown reluctance in discussing the Kashmir and water problems as major issues between two capitals. She has never given any positive signal of taking a step forward for settling the Kashmir conflict rather preferred to put it aside on the name of continuation of peace process. .

Resultantly, the tension escalated when Indian soldiers crossed over the Line of Control (LoC) in Kashmir on January 6, this year and attacked a Pakistani check post in Haji Pir setor, killing one Pakistani soldier and injuring many troops. Besides, Indian troops shot dead another Pakistani soldier at Hotspring on the LoC on January 10 and 16 January of this year. Indian political and military elite is trying to create war phobia while; Postponing Indian PM visit to Islamabad, stopping scheduled visit of their negotiation team on Wuller barrage, returning back of players of Pakistani hockey team,protest against Pakistani cultural ambassadors, stopping Pakistani embassy staff from visit Jaipur, threatening to Pakistan by Indian Army and Air Forces Chiefs on LoC clash and warning residents of Kashmir to build underground bunkers to prepare for a possible nuclear, biological and chemical war. Purpose of the said Indian campaign is to malign Pakistan and create hype before elections too.

In fact, Kashmir issue always remained very tricky and touchy aspect in internal and external Indo-Pakistan politics. We should admit from the outset that none of the government is in a position to delink Kashmir issue independently from their local traditional politics; therefore win-win solution would be the answer of resolving the issue, i.e. ‘division of Kashmir while taking Kashmiris into confidence’.

South Asian security situation is also directly linked with the Kashmir problem due to the history of the wars between India and Pakistan. Moreover regional Geopolitics, where gets stimuli from the interference of super powers there it too influences by the factors like natural resources, geographical features, agro economy, need of hydro generation, strategically vital locations and development of nuclear capability. The regional security gets threatened due to the lust of capture of natural resources by any powerful regional actor and pinching issue like Kashmir. Thus, we can say that resolving of issue between two nuclear sates get more importance because ignition may push the region into nuclear conflict.

Thus, we can say that permanent regional peace cannot be established without resolving issues of Siachen, Sir Creek, Wullar Barrage, water and especially main dispute of Kashmir. Pakistani masses are standing shoulder to shoulder with their Kashmiri brothers for the liberation of Kashmir. 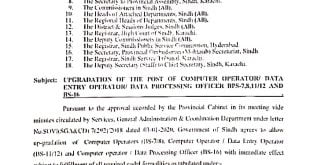 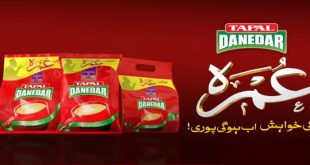