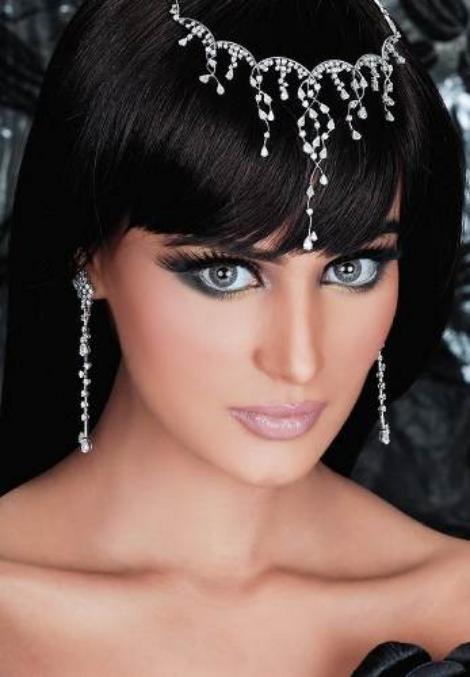 Mehreen Syeed is one of the cute and talented top fashion models in Pakistan.   She commenced in the fashion industry in 2000 and achieved enormous success as a hot model. She worked for many high-profile campaigns and walked on many famous fashion designers’ ramps.

Her look on the cover of popular Middle East fashion magazine ‘Alamra’ made her an international celebrity.  Mehreen is the proud and first-ever Pakistani model who has achieved theInternational Model of the Year Award in 2007. In the same year she was crowned as Indigo-Sunday Face of the year at Lahore. Mehreen Syed has launched her own jewelry collection and had its exhibition at Lahore sponsored by a local channel.

Mehreen Syed is a supermodel as well as a businesswoman. She understands what it takes to be a successful fashion model. Mehreen Syed established her own fashion institute, the International Fashion Academy of Pakistan, IFAP, after establishing herself in the fashion world.

No one wants to pass on their knowledge in this brutal society. But success did not come to Mehreen Syed because of her modest personality. Despite her accomplishment, she remained humble and compassionate. The International Fashion Academy of Pakistan is where renowned models share their knowledge with others.

Pakistani top model Mehreen Syed has come across a lot of ups and downs in their personal life in the way of becoming a model.  Her widow mother, who is a lawyer, raised her up including her three sisters and a brother.

After facing years of hardship Mehreen has now reached to the peak of such a successful position that her mother is proud of her and she herself gives all credit to her mother.

In the year 2013, she married a well-known personality, Ahmad Sheik. Her function was held on February 23rd. They are sharing a happy existence with one another. She is a well-developed and helpful wife. Mehreen gave birth to a tiny princess and called her Aman Sheik after a year of marriage.

the Kashmir Hum Style Awards Show 2022 is organized at Toronto. Hum TV is all …