Aziz Ullah Shahwani Made Robot in University of Baluchistan

The student of the Balochistan University Aziz Ullah shahwani has a successfully completed an experience to make human robot Bolani with the help of his fellow student Mukhtiar Rodeni. Two students of Balochistan University develop robot and they made this great achievement from their pocket money without any help from the Govt. It is encouraging news for the University of Baluchistan students. This great achievement is being highly appreciated by the social media users on Google face book, twitter, YouTube and instagram etc. 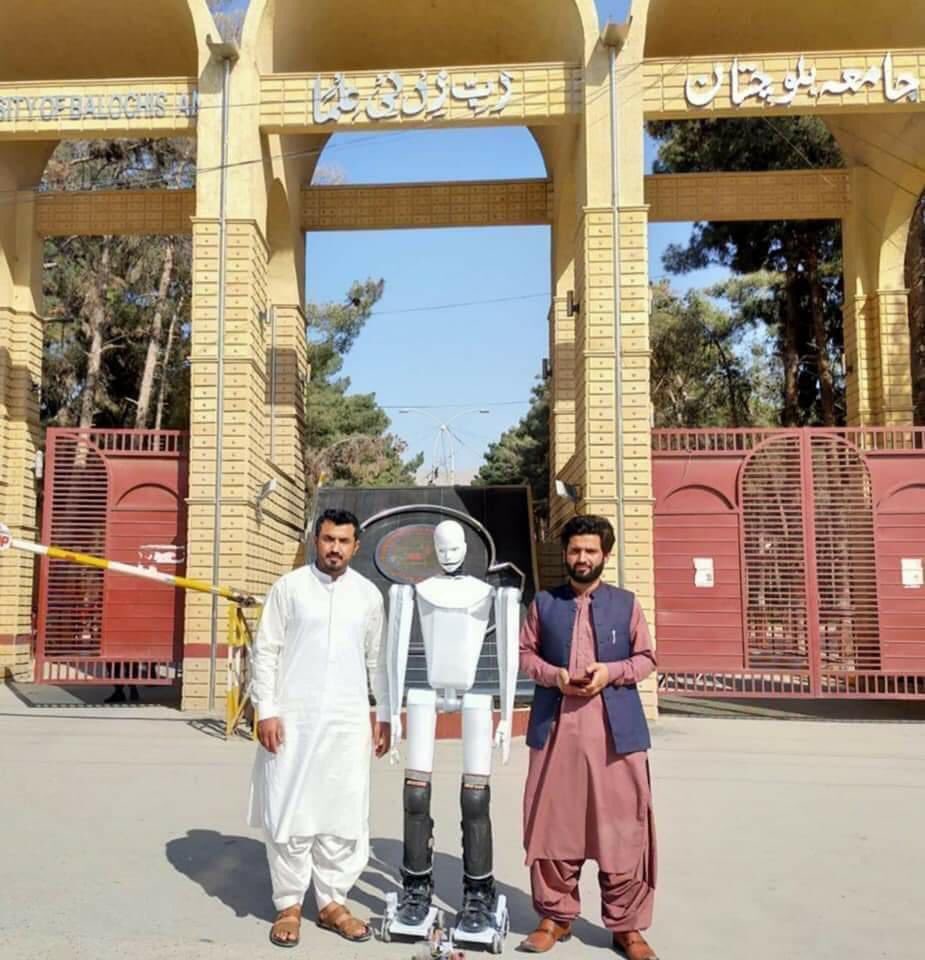 introduction of the Student of Baluchistan University

Creative student of Balochistan University Mr. Aziz shahwani studying in MSc physics. Aziz Ullah Shahwani belongs to the District kalat and completed his early education from his native district 15 kilometer away villege of kalat and completes his matric from kalat city and done Fsc and Bsc from Degree college kalat, the most backward areas of the country. Then he took admission in Msc physics from Baluchistan University. Aziz Ullah Shahwani is the final year student in physics subject. 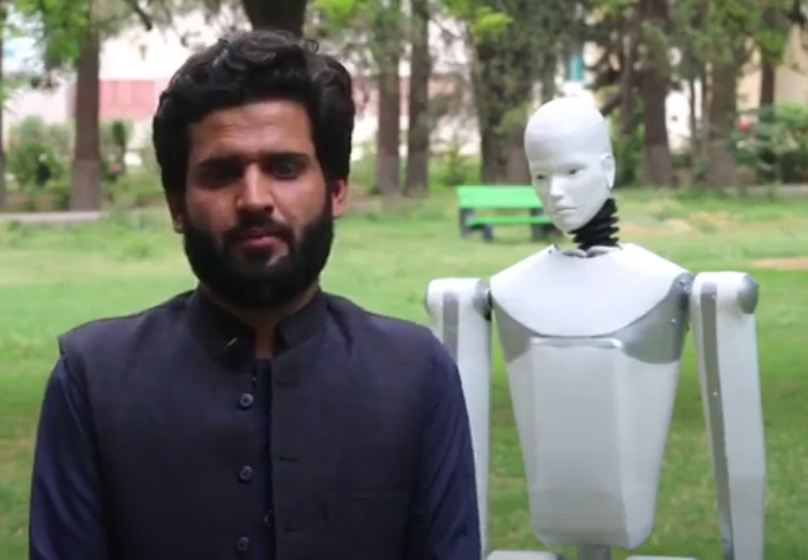 Balochistan university student Aziz ullah shahwani in his interview said that there are many projects running in the University but I wanted to make such a different project which has not been made in the history of university. And no other university ever made project like that. so I decided to make this human robot Bolani. He dedicated this success in the name of his physics department’s Head Mr. Ajab khan and especially thanked him to facilitate in this great achievement. He advised the youth of Pakistan especially the youth of Balochistan to be sincere with him and his work. 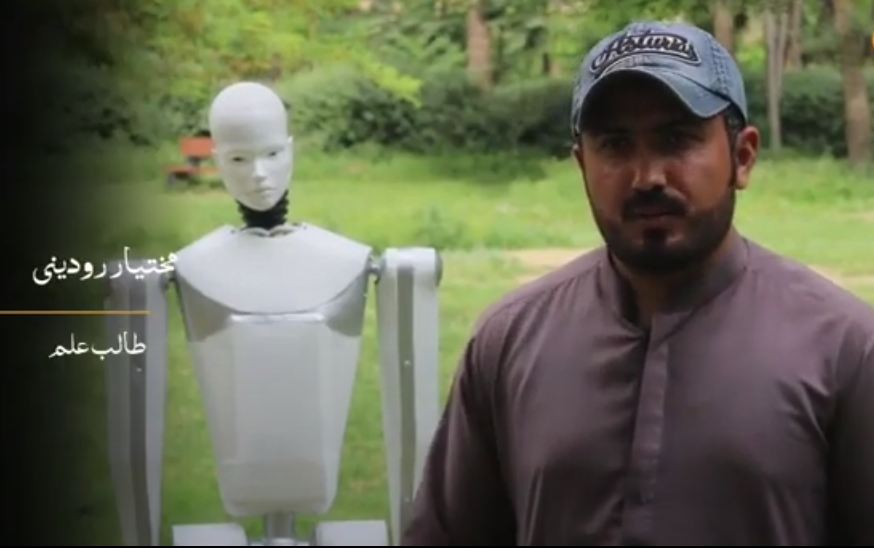 How this humanoid robot is made?

This human robot was prepared with plastic material and it is made by 3D printer and steel material is also used to covering the whole body of the robot. The humanoid robot made in 6 months and cost RS. 50,000 and the student of physics make the robot after worked hard day and night. It was not copied by any other robot so it was reshaped many times during this process that’s why its duration and expenses increased.

How this humanoid robot works?

Mr. Aziz Ullah Shahwani physics student in his interview said that initially to control this magical robot the human gives it message through mobile for entertainment purpose and it is expected that in near future it could be controlled by voice reorganization features and other features like; talking with the peoples, asking questions and some answers of the questions will be added though programming in it. In this robot they have added an android function in it. It can also carry weight.

It can also be installed in shopping malls for entertainment purposes. It can roll its eyes horizontally and vertically like a human being, it can shake its jaw like a human, it can move his head right, left, up and down.  It can also handshake with the people.