Punjab Public Service Commission has announced 1000 Women Medical Officer Jobs in Daily Jang Newspaper on dated 15-12-2019 on regular basis. Good news for those who want to serve Pakistan by adopting the profession of Doctor. Candidates who have done MBBS Degree and are registered from Pakistan Medical & Dental Association can apply Online for the latest  Women Medical Officers Jobs 2019 through Punjab Public Service Commission (PPSC) before the closing date of receiving of applications. Primary & Secondary Healthcare is the Department of Government of Punjab which works across Punjab. Fulfill the needs of the patient and a working lot on the eradication of diseases. 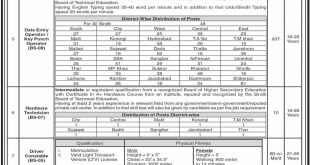