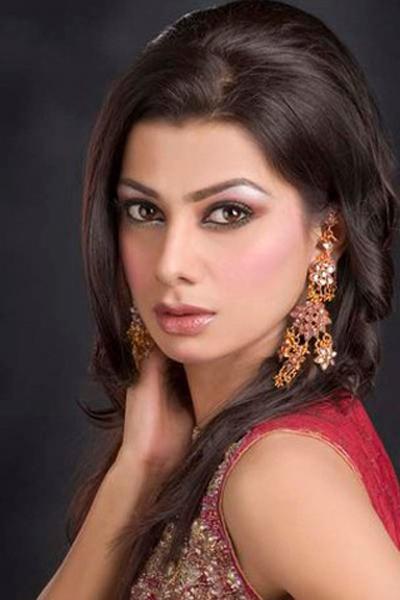 Pakistani fresh fashion model Sofia Khan, popular as Fia, was born on 29th December, 2981. Fia is a Lahore based fashion model. It has not been so long since female model Fia moved to Pakistan. Fia was settled in Germany. Pakistani model of today was the Bartender and Waitress in Germany for four years.Fia was born in a family where his father is a script writer and poet along with textile businessman, her brother has a degree in film making and her mother is supportive and cooperative. Unlike other femalemodels, Fia did not face any tough and hard situation from home. Her family has always supported her for what she does.

Pakistani fashion model Fia has moved to Pakistan few years back. She has got the prominent position in Pakistani fashion industry in very short span of time. Fia, also known as Sofia Khan, has worked with all the top notch fashion designers of Pakistan like Nelofer Shahid, Nomi Ansari, Kamiar Rokni, andAmar Belal.  She has done more than eight fashion shows and more than fifty shoots. Fashion model Fia is considered best model for bridal wears. She says:

‘I think every Pakistani model looks nice in a bridal dress. We are desi! We know our culture and traditions! We are the only ones who can carry these dresses with grace.’

She was chosen by well known fashion designer Aaliva Asad to exhibit her bridal dresses for wedding season. Other than Pakistani traditional bridal dresses, Fia also carries western wear very nicely. Because of her tall height and stunning looks, Pakistani model Fia can carry every look with completely different style. When wear eastern wear, she looks elegant and classy. In western attires, Fia looks like a plastic doll which is always a dream of every girl. Pakistani model Fia has also modeled for bridal jewelry byFahad Hussain.

Apart from modeling, fashion model Fia has also tried her luck in acting and hosting arena. She has showed her acting skills in four television drama serials and has appeared in five TV commercials. She has also acted in telefilms. Chal Dil Mairay, and Qasim Ali Mureed are two of her popular telefilms. www.pakword.pk  is also revealing one not so popular fact about Pakistani model Fia. She has acted in German feature film September.