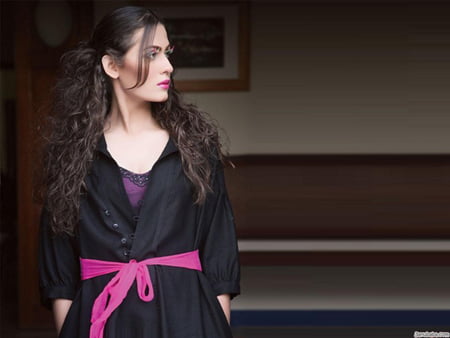 Today we are going to share Pakistani Cute Fashion Model Nausheen Shah Full Biography and Pictures. Pakistani model Nausheen Shah has been the part of fashion industry for some time now. She has worked in many commercials, walked the ramp for well known designers.  pakword.com is here with all the information about her along with amazing gallery of hers.

Top model Nausheen Shah belongs to a Syed family and so she had to face many difficulties to become a model. When Nausheen Shah showed her interest of pursuing a career in modeling to her family, they all were against this wish of fashion model. Specially her mother who was more reluctant of this decision ofNausheen Shah. What worried the mother of fashion model was that what exceeded family would say. However unlike many common scenarios, Nausheen Shah had the full support of her father and brothers.Pakistani model Nausheen Shah has only completed her intermediate. Soon after inter she entered thefashion world. If she would not have become the model and actor, she would have gone for fashion designing.

How she entered the fashion world?