Neil Armstrong, 1st man on the Moon, Died at 82 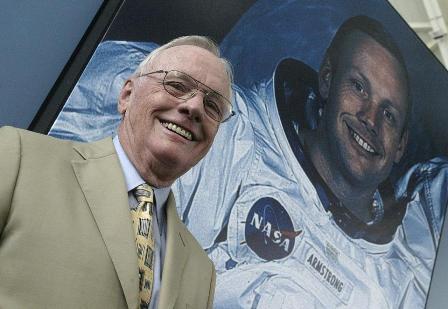 Neil Armstrong, the first man to walk on the moon, has died aged 82. The former US astronaut, who will go down on history as the most famous pioneer of space exploration, passed away as the result of heart complications following surgery.

As commander of the Apollo 11 mission, he became the first person to set foot on the moon, on 20 July 1969, fulfilling the long-held dream of the United States to get there before the Soviet Union. His first words as he stepped on to the surface – “That’s one small step for man, one giant leap for mankind” – instantly became one of the most recognizable phrases ever uttered.

His family released a statement on Saturday describing him as a “reluctant American hero who always believed he was just doing his job”.