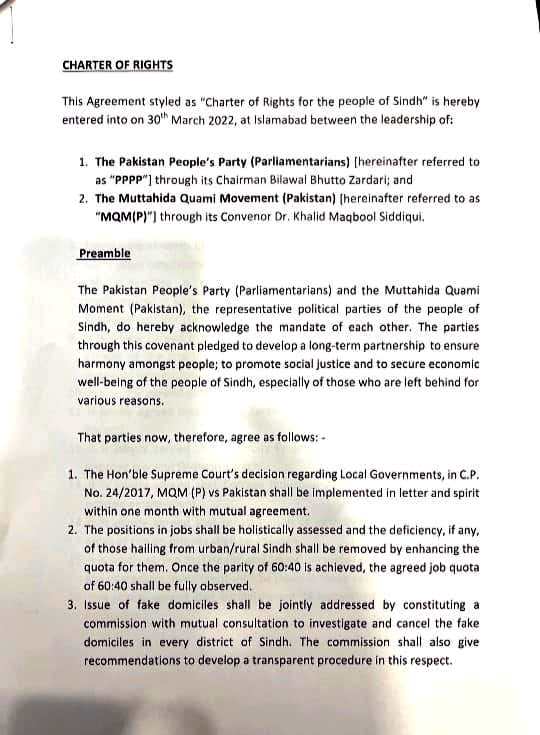 The Agreement of MQM with Opposition Parties has been signed on Wednesday 30th March 2022. Now, Mutehda Qomi Movement will go with the opposition. MQM was the Big ally of the PTI in the Federal Government having 07 Numbers of MNAs in the National Assembly. The Subject of the Contract between MQM and Opposition Parties is the “Charter of Rights for the People of Sindh” 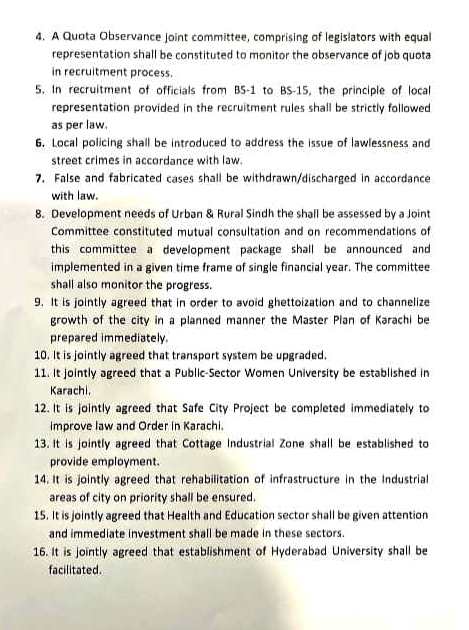 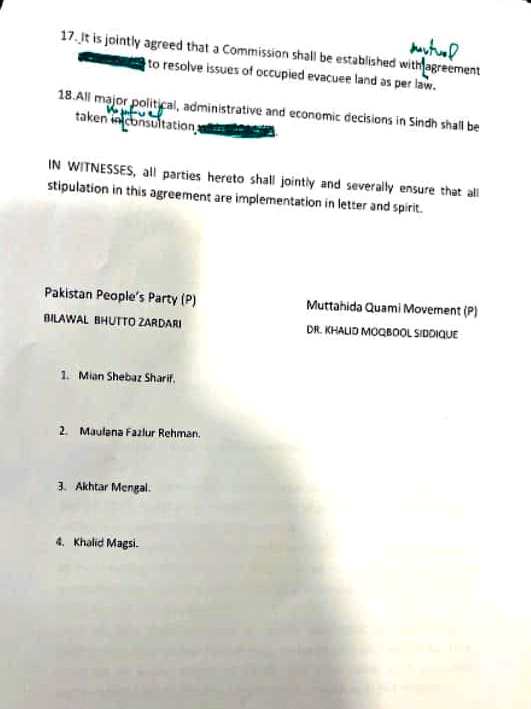 Proceedings of FIRs shall be proceeded as per Law

There shall make efforts to find out the Missing Persons

K-4 Project shall be completed as early as possible

Karachi Circular Railway Line Project shall be completed in due course