WASHINGTON: The International Monetary Fund (IMF) said Thursday that Pakistan’s economic situation was worsening and faces a return to double-digit inflation as the government prints money to finance its deficit. In a mission report, the IMF said Islamabad urgently needed to address deep problems in its energy sector, including costly subsidies and poor distribution, while boosting growth to meet a rapidly growing population.

“Pakistan faces a challenging economic outlook. GDP growth in 2012/13 is projected to be in the 3-3.5 percent range, which needs to accelerate in order to absorb the growing labor force,” the IMF said.

“Inflation has fallen recently but is expected to be back in double digits by the middle of next year if corrective measures are not taken to reverse monetary financing of the fiscal deficit.”

It said the country’s external accounts are deteriorating, with incoming investment slowing and the central bank’s reserves dropping.

“Decisive and far-sighted action is needed to address this challenging outlook,” including raising taxes and cutting expenditures, especially subsidies, the IMF said.

It warned that allowing inflation to rise is hurting the population at large. How To Sale Tiddi Dil in Pakistan Catch Taddi Dal 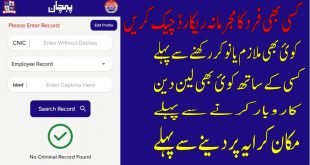